The City of Zenith

Social Area
Zenith is the most powerful city on the continent. It is renowned for technological advancements, economic prosperity, and luxurious cityscape. The Zenithian government closed its city borders for several years after the events of The Fracture to protect its citizens from outside forces. After the borders reopened, tourism and business within the city prospered, and the city became a significant cultural landmark.

Zenith is the central city you will be warped to when first drop into the game. It is a vast technological marvel with an incredible amount of technology powering it. Bordering the massive chasm lies the Fractured Plains, lush, fertile plains that serve as a food source for the denizens of Zenith.

It is the largest city on the continent and the only major civilization that survived total destruction during the Fracture. Resting on massive floating islands that levitate due to crystallized essence, the city relies on magical energy sources to power the city and it’s defensive barriers.

The Hands of Zenith serve to raise and lower the bridges that connect the city with the mainland. Only the highest members of the Zenithian council know the magic incantations to lower and raise the bridges.

Flythrough of the City of Zenith 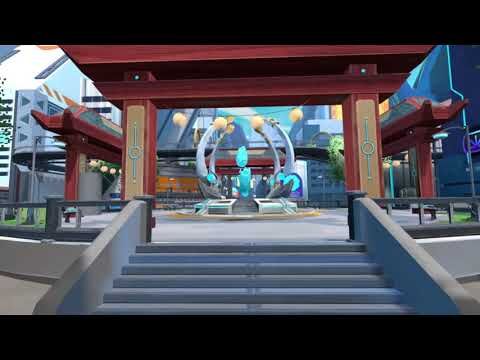 The center of the City of Zenith. An area for people to meet and socialize, and where the game begins.

A hall in which a Guild can assemble.

A stall found in the city of Zenith, can be used to sell/trade items.

When the Fracture happened, and the God-King's forces lay waste to much of the world, the chasm served as a major defensive advantage. Combined with the raising of the Hands of Zenith, Zenithian mages and engineers created a powerful defensive field around the city to protect it from harm.

Outside the city gates, the world suffered a very different fate. The death of countless peoples outside the city of Zenith and the nonchalance of the citizens safe within its walls forever created a rift between the two populations. This mutual animosity was further worsened by the God-King’s hellbent goal to capture Zenith at all costs, leading some to believe there was some shadowy connection between his arrival and Zenith.

Much of this is ancient history now, and it’s been hundreds of years since the gates were reopened. On the surface, the city of Zenith thrives, and Zenithian's live more richly than ever before, but whispers of unrest and anger grow louder by the day. In the overgrown ruins outside of the city, lies a gorgeous environment reclaimed by nature and its resilient people have only begun to rebuild their civilization.

The Center of the City of Zenith

Concept model of a Guild Hall 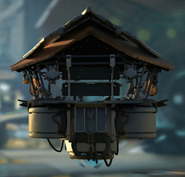 Concept model of a Vendor Stall
Community content is available under CC-BY-SA unless otherwise noted.
Advertisement